AMAN Trust encourages support in various forms to enrich its role in the field of social welfare and development. We are open to contribution in different ways and ensure remaining transparent for our work and commitment. AMAN invites academicians, scholars, peace activists and members of civil society to share their work and experience. 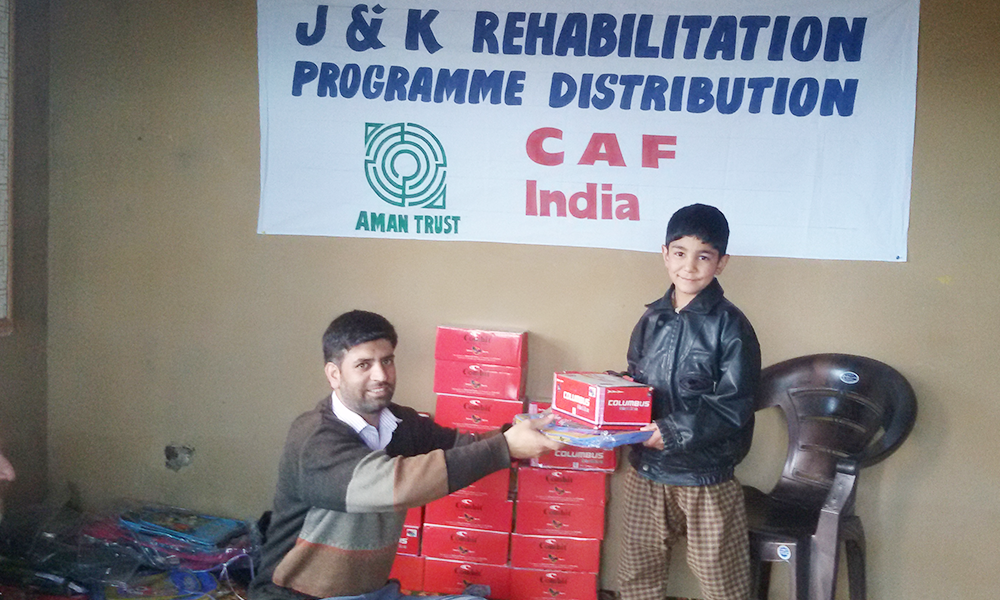 AMAN’s generation of resources and their utilisation is completely transparent and accountable. Though most of our projects are funded by Indian and international donor agencies, our programme on relief and rehabilitation of earthquake victims was almost entirely funded by contributions made by individual donors.
You can donate for any specific programme or you can contribute to a general fund. Also, please have a look at the donations page for specific ways of helping. In either case, we will regularly update you the way your contribution has been utilised. Your contributions are exempted from income tax under section 80 G. 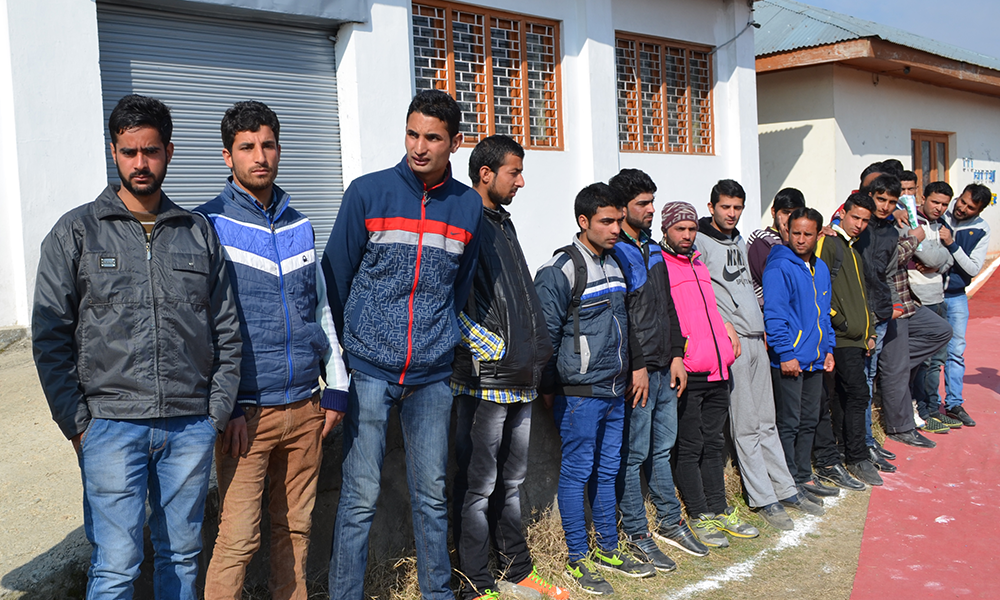 There are several ongoing programmes at AMAN where volunteers can offer their services.
These range from assisting AMAN colleagues in documentation, editing, secondary research at the AMAN office, to being part of primary research and field work being conducted in an urban or a rural area. The exact nature of work responsibilities and duration of volunteership will be decided mutually between AMAN and the volunteer. We will reimburse incidental expenses like travel board and lodge costs incurred by the volunteer during implementation of our work.
Over years, many interns and volunteers from various regions have been at AMAN to study our work and how it has affected real lives. Along the way, they have helped AMAN by providing interesting research findings, experiences and so forth. They have made a valuable contribution to different programmes of AMAN, both at the field level and at the AMAN office. 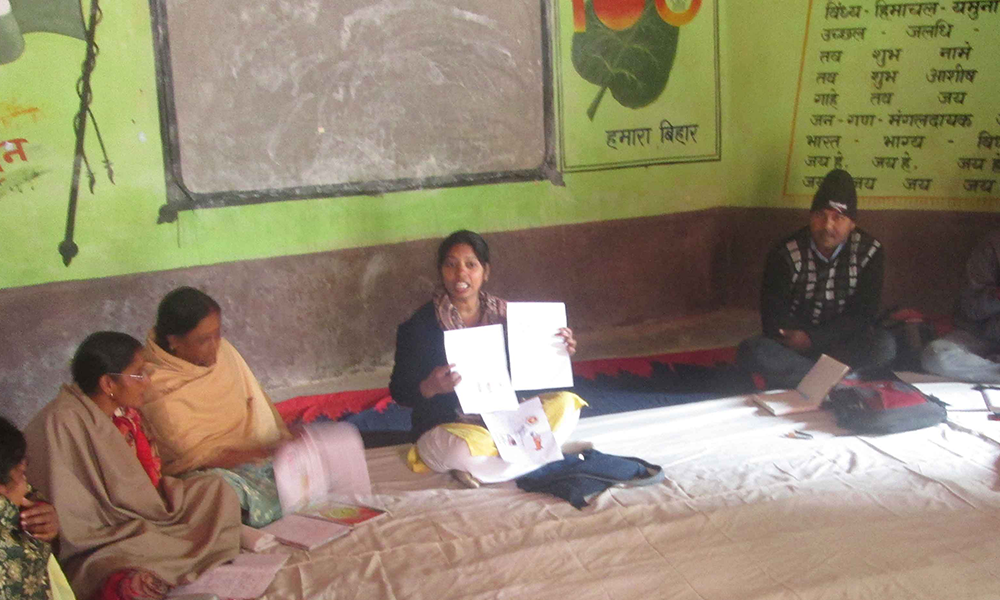 We welcome you to suggest links to interesting organisations, movements, websites and articles that you would like us to list on our website. You can also disseminate reports, experiences and articles about similar initiatives taken by other organisations and individuals.
We would also appreciate your suggestions and feedbacks about the AMAN website and means to make it more user friendly. We will also be happy to advertise announcements like job vacancies, workshops and seminars by you or your organisation. 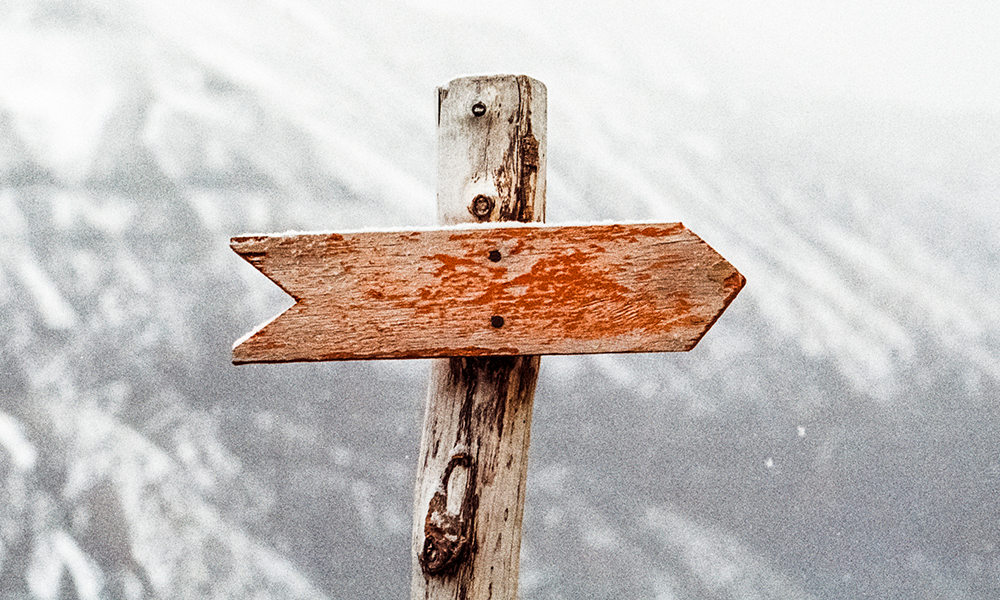 We welcome you to suggest links to interesting organisations, movements, websites and articles that you would like us to list on our website. You can also disseminate reports, experiences and articles about similar initiatives taken by other organisations and individuals.
We would also appreciate your suggestions and feedbacks about the AMAN website and means to make it more user friendly. We will also be happy to advertise announcements like job vacancies, workshops and seminars by you or your organisation.

‘My time with AMAN was very fulfilling both personally and professionally. It enabled me to expand my knowledge and interests both geographically and thematically and the AMAN office itself is a supportive, friendly and stimulating environment to work in.’ Amanda Shah volunteered as a researcher at AMAN between January and July 2006 whilst on sabbatical from her job as a researcher at the Immigration Advisory Service in London(www.iasuk.org). Amanda holds a Masters degree in international human rights and human rights law from the University of London and has particular research interests in policy responses to migratory flows as well as refugee status determinations. She has previously worked at the Commonwealth Human Rights Initiative (www.humanrightsinitiative.org ) and Commonwealth Policy Studies Unit (www.cpsu.org.uk ) as well as conducting consultancies for the Commonwealth Secretariat (www.thecommonwealth.org ).

Whilst at AMAN Amanda worked on a policy paper comparing how different countries have responded to the challenge of undocumented migration in the context of national and international human rights obligations. Her research used as its framework the policy cycle identified in the 2005 report ‘Democracy, Citizens and Migrants: Nationalism in the era of Globalisation’ produced by the Citizens’ Campaign for Preserving Democracy. Amanda made policy suggestions on rights-based processes for the identification, immigration status assessment and deportation of suspected undocumented Bangladeshi migrants as well as problematising the ‘keep them out’ approach to immigration contol. Whilst at AMAN Amanda was also involved in the design of a multi-researcher programme of work to examine transborder migrations across India’s borders.

My experience as an unpaid intern at Aman Public Charitable Trust was challenging and satisfying in many unexpected ways. As the youngest, the only non-Indian, and practically the only worker without a degree in sociology, I felt completely at sea when I arrived. When I joined the Peaceful Co-existence Portfolio, however, I began to work on my own projects: I wrote a report of Aman’s Peaceful Co-existence Conference, which I attended, followed by my own research project on Rachel Corrie and the issues surrounding her death in Rafah.

Working with people who were so experienced was intimidating at first, but always exciting: I felt even the smallest of discussions was worthy of another project. Some of my most fond memories of Aman are of sitting around the conference table at lunch, talking about the intricacies of social justice issues in India. I will never, ever forget the care, discipline, and intelligence that Aman’s employees brought to their work. My own work there was personally stimulating and, I hope, valuable; while I wasn’t directly giving aid to people in need, I was helping them in the only ways I could. Aman allowed me to serve in my greatest capacities: as a listener, writer, and researcher.

More importantly, volunteering at Aman and living in India itself gave me a context in which to study the pressing issues of peace, violence, and social justice. And in the end, my work was meaningful because it was humbling. I realized how much work is still needed in New York City–my home– as well as in India, and how much I have yet to learn as a member of civil society.

I volunteered at Aman the summer before my last year of high school. I attended the Dalton School in New York City for my first, third, and fourth years; Ispent my second at Woodstock School in Mussoorie, Uttaranchal. I am currently a freshman at Harvard University in Cambridge, Massachusetts. I expect to concentrate in History and Literature, Sanskrit and Indian Studies, Public Health, or a combination of all three.

I interned with Aman during June-July 2009 in order to conduct research in Srinagar on the figure of the Muslim ‘half-widow’ in Kashmir to see how she fits into existing discourses of gender, community and the state. The term half-widow refers to women whose husbands have disappeared, in the context of the ongoing conflict, but have not been confirmed dead.

I am currently enrolled as a graduate student at the Department of Anthropology at Johns Hopkins University, USA, and the purpose of the study was to undertake preliminary research designed to generate further questions for my future dissertation project. My investigations were conducted along the following lines of inquiry:
a) the emergence of “half-widows” as a category of citizens claiming accountability and welfare provisions from the state
b) whether narratives of heroism, commemoration and community identity cohere in the figure of the half-widow
c) what modes of reintegration of half-widows may be devised by kinship networks/ local communities
d) collect personal narratives of half-widows to see how they stich together the domestic and establish knowledge and strategies for coping with chronic domestic disruption.

As an intern with AMAN, I was able to access their library and documentation facilities as well as engage the civil activist network in Srinagar. AMAN’s Delhi office put me in touch with Mr. Sajjad Hussain, the head of their health centre in Loalpara village, Baramulla district, who in many ways became the mainstay of my research activity. With his support in Srinagar, I gathered information by building an archive of public documents and conducting open ended, semi-structured interviews with civil rights activists, government officials, lawyers, journalists, community leaders and half widows. My association with AMAN was instrumental in helping me establish contact with resource persons in Srinagar and obtain relevant literature on the long term implications of the conflict in Kashmir. I look forward to working with them in the future.