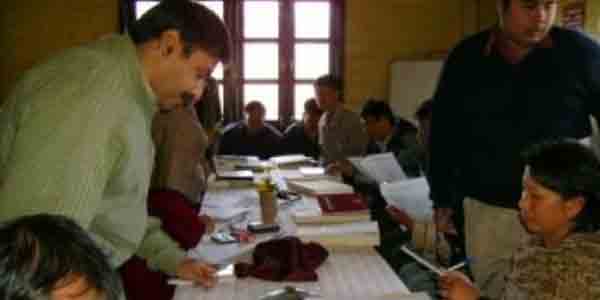 Since independence, governance in India has constituted interplay between traditional and state structures. The situation in the Northeast is particularly complex with over 200 ethnic groups with their own languages and socio-cultural identity and wide ranging governance structures like Sixth Schedule Frame (entire Meghalaya, parts of Assam, Mizoram and Tripura), State Legislation Frame (VDCs in Nagaland and Mizoram) and National Frame in form of part IX (panchayats) and part IX A (municipalities) in Arunachal, Sikkim, plains of Manipur and non-council regions of Assam and Tripura. Yet, hill areas of Manipur have been excluded from the purview of any of these frames without any provision for an alternative creating vaccum in the legal frame for that area. This poses a variety of challenge especially for inclusive governance and development. In addition there are Special Constitutional Provisions such as Article 371 A, 371 B, 371 C, 371 F, 371 G, 371 H.

Such arrangement of local governance and capacity of different groups to participate has resulted in uneven development if some tribes and social groups in a general context of overall underdevelopment of the Northeast. Under such circumstances, political mobilization for autonomy and politics of ethnic identity has become a salient feature in the region for last couple of decades.

The working group was formed at AMAN TRUST with support from National Foundation for India with a vision to gain more clarity for the study. This study began in May 2015 and attempted to map this understanding of governance dynamics and hypothesis of uneven development. 70 percent of the research was based on secondary data sources whereas the balance of work was maintained through involvement of experts, local communities, scholars, government officials and other stakeholders both from centre and Northeastern states. The project was concluded in January 2016 with a consolidated draft report being submitted to members of Northeast Action Research working group by the Research Consultant appointed specifically for the study each in New Delhi and Guwahati.